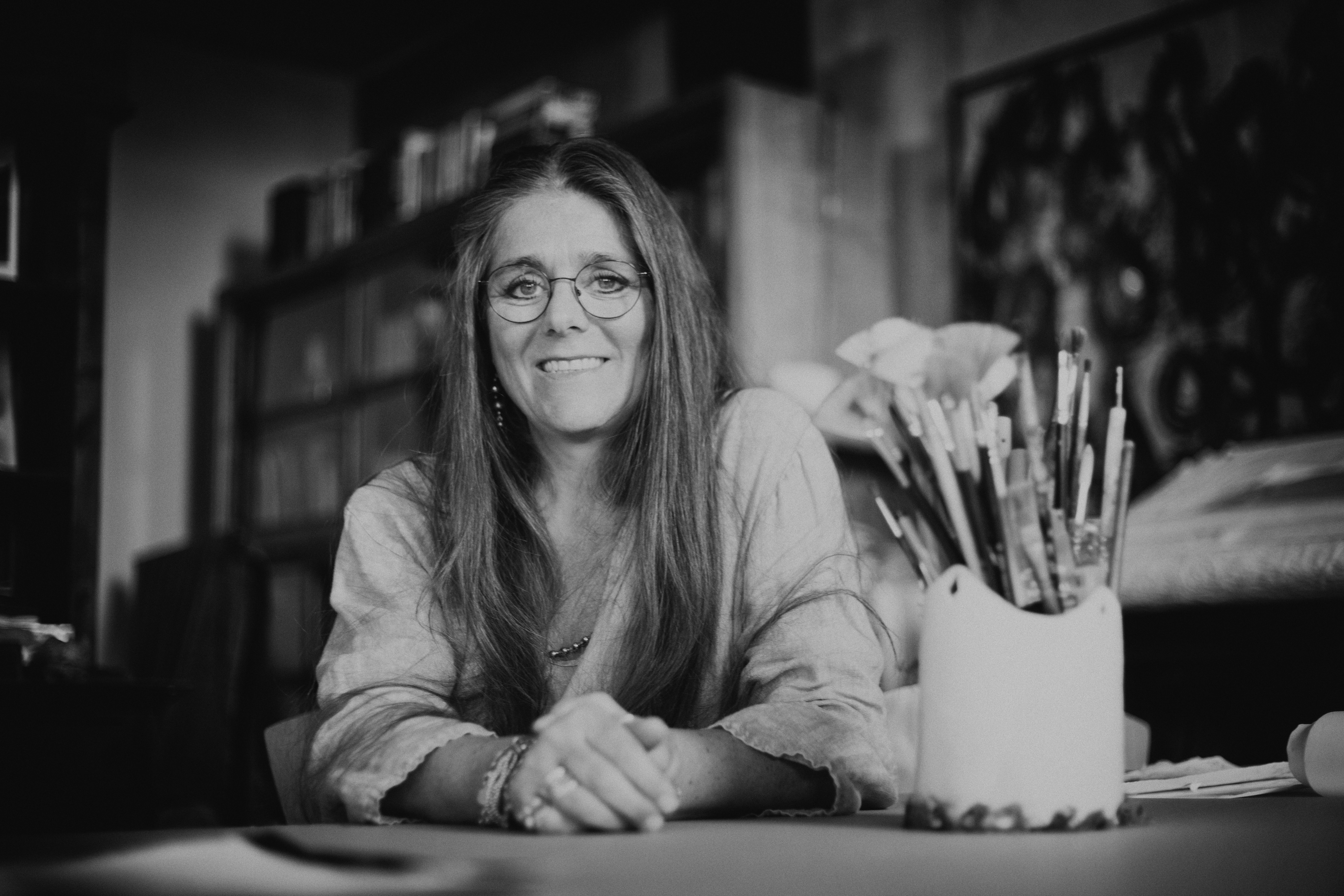 Manasthithi: A State of Mind

is made of one installation in two parts.

The title of the exhibition embraces the theme of the whole show.

in. The whole world is affected by different states of minds… for the good or for the bad.

As it is a non-physical state, in my work I go for light and sometimes transparent materials. In

the first part of the installation the pictures are a kind of a fusion, a fusion of two pictures in one

frame. That is, one picture does not exist without the other. One will always see some of the other

picture through, which relates to the fact that we are all influenced by other people’s “state of

mind”, even though we try not to. The fusion is material as well as mental.

The pictures are playing on the edge of being either two dimensional and three dimensional.

The second part of the installation is a material extension of the pictures, still using transparency

and the same colors, most of the time though “Sindour”. These elements are in another

substance, I keep them floating and chaotically mixed up.

The state of mind should never be fixed or judgmental.